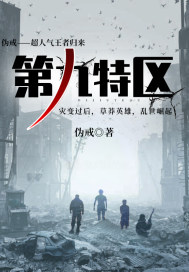 Translated by StarveCleric
---
After the catastrophe tore earth apart, food was scarce, resources were lacking, and the world was in chaos…

After suffering for years in the lawless Development District, Qin Yu finally managed to enter the Special District 9. With the friends he made along the way, he would maneuver his way around this new world and forge his own legend.
----------------
A sharp-witted young man has just arrived at Special District 9! He might be new to this battlefield, but with his sharp wits and clever maneuvers, he will overcome all odds and rise through the ranks!

Protagonists:
Chu Feng
> Intelligent and shrewd. Has a good view of the big picture
> Has a flexible and friendly character, but at the same time, he's also very closed-off in his heart, rarely opening up to anyone else

Li Fugui (Old Cat)
> Somewhat a scion, nephew of Superintendent Li
> A bit childish, but hot-blooded and loyal to his friends

Qi Lin
> Top sniper of the Police Force
> A careful and rational individual who always strive to stay on the safe side, but a turn of events made him realized that he would have to start putting himself on the line in order to rise through the ranks in the new society

Songjiang
Songjiang is one of the cities of Special District 9, and it's currently still in the midst of development. It can be considered a tier two city at best, paling in comparison to Fengbei, where most of the money is funneled toward.

Lin Nianlei
> Daughter of the affluent Lin Family in Fengbei City that is currently working in an internet broadcast company in Songjiang City
> She was saved from the hands of kidnappers by Chu Feng and is currently living in the same residence as him
> Works as a reporter. Feels strongly against social injustices in the world
> A very 'bro' kind of person who treats people amicably.

Old Li (Superintendent Li)
> The highest superior of the Black Street Sector Police Bureau
> A wise individual who has a good grasp of political positions, allowing him to make wise moves to consolidate his place and rise steadily
> Old Cat's uncle

Yuan Ke (Platoon Commander Yuan)
> Platoon Commander of Platoon 1, an open insider of the Yuan Family in the Police Bureau
> Yuan Hua's brother
> A forward-looking individual with a bright mind. He's good at maintaining relations with his subordinates, and at the same time, he knows how to use the cards in his hands well to get things done safely

Ma Family
The Ma Family has been involved in illegal medicine trade in Dirt Street of Black Street Sector for several years now. Dirt Street is considered the slums of Songjiang, and there are many old, sick, and poor people living in the region. The Ma Family sells medicine to them cheaply, and in exchange, they obtain the support of this group of people, which becomes the base of their influence on the streets.

Ma Lao-er
> A hot-blooded individual with a straightforward personality. Doesn't like beating around the bush
> The nephew of Old Ma, as well as the successor to the Ma Family

Ah Long (Qi Long)
> Brother of Qi Lin
> He's not under the Ma Family, but he serves as the intermediary supplying goods for the Ma Family. The Ma Family is reliant solely on him for their stocks.

Yuan Family
One of the most influential parties in Songjiang with many connections with the authorities. The Yuan Family is the head of a massive organization with roots all over Songjiang. They have been seeking to get involved in the lucrative underground medicine trade in Songjiang City, and they have been investing a great deal of money in forging their connections and building links in order to clear the way for their entry into this market. This, however, put them at odds with the Ma Family.

Yuan Hua
> The head of the Yuan Family. He singlehandedly gathered his men and built his way up to the top from the very bottom
> He is extremely loyal to his men especially since many of them have been through tough times with him

Baldie
> One of the executives of the Yuan Family, viewed to be the right-hand aide of Yuan Hua

Yu Family
The Yu Family operates an illegal medicine factory in Jiangzhou, and it was previously working with Ah Long to supply medicine to the Ma Family. As its operations conflict with the highly influential major pharmaceutical companies, it's in a precarious position and has to operate from the shadows. This makes it very wary when it comes to selecting partners to work with.

Prosperous Dragon Pharmaceuticals
A powerful pharmaceutical company located in Fengbei that controls over half of the official medicine market in Special District 9. It is working together with the Yuan Family to penetrate the underground market in Songjiang too.

Xing Zihao
> The third son of Prosperous Dragon Pharmaceuticals
> A drug addict and has low-esteem. Seeks to prove himself before his father in hopes of rising through the ranks, and he's constantly outdone by his brothers.
View post

A Trip to Jiangzhou