(RSS)
Latest Chapter: Chapter 10: I don’t think you can defeat them 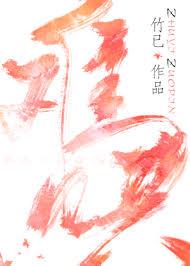 It was by pure chance that Wen Yifan became housemates with Sang Yan, whom she had rejected during high school.

Normally, they lived their lives separately, as if they were two strangers living under the same roof.

But the peace was disrupted one morning.

The night before, Wen Yifan was still sleeping in her room, but she found herself waking in Sang Yan’s bed the next day.

Aware that she sleepwalked from time to time, Wen Yifan could only apologize and put it away as her fault. However, when the situation repeated again and again, she tried to suggest locking his door before he heads to sleep...

Wen Yifan tried her best to keep her composure. “Why in the world would I be able to do that?”

“Well…” Sang Yan lifted his eyes and drawled, “is there anything you wouldn’t do to climb onto my bed?”

After an awkward pause, Wen Yifan smiled. “OK, then go ahead and try.”