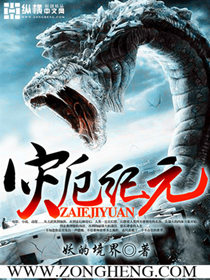 New Zealand underwent sudden changes and all humans and animals began to feel unimaginable hunger. At the same time, they begin their transformation into monsters as they feed voraciously.

The chef Bai Yi with his daughter struggles for survival every step of the way, only to find that the entire New Zealand has transformed into a devil island. This, was only the start of the change to the entire world.

Starting from powerful physical strength to mystical skills and then to magnificent battle techniques, will they be able to find a long peaceful future? From the evolution that humanity themselves triggered, the fate of the entire world is completely changed.

This story is about an outbreak of something called 'activated cells' that turns everybody in New Zealand (the setting of the story, but I'm sure the outbreak will expand into the whole world sooner or later) into monsters, and it details the journey of the MC and his companions along with his daughter trying to survive and rebuild civilisation in the changed world. The author tries to be very realistic, so the evolution into monsters follow a very logical and rational path and the system for evolution is well-developed. MC is a kind person, there's no cheats or mysterious artifacts to make the MC overpowered so he has to struggle. Moreover, this story has more depth, so things like good and evil aren't too clear in this story as well. It's one of the most non-cliche Chinese novels I've read so far, so give it a try!