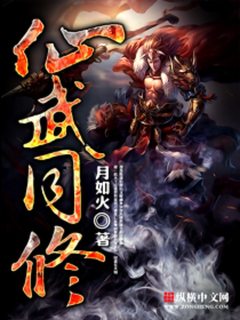 Reach the peak of immortal cultivation and become able to run amok without fear!

Use the power of martial arts to rule the world and defeat heroes!

The weather changes at the whim and wave of a palm. He who cultivates both immortal techniques and martial arts, who could possibly defeat him!

Xiao Chen is a shut-in who purchased a ‘Compendium of Cultivation’. Soon after, he crossed over into the Tianwu World, a world ruled by martial arts. He then refined pills, drew talismans, practiced formations, crafted weapons and cultivated the Azure Dragon Martial Soul that had not been seen for thousands of years.

This is a story that tells of an exciting and magnificent legend!

28th Feb, 2021
So last chapter of the month. As usual, there are no chapters on the 1st of every month. Also, IMDC is approaching the end. The higher-tier Patreon subs will get to see the last chapter during March. I will release a list of when which tiers with receive the last chapter in a couple of days. The last chapter will likely be released somewhere in May. I have already decided on my next novel (Everlasting Immortal Firmament) and it will succeed the IMDC patreon when it ends. During the time when the two novel overlaps, Patreon supporters will receive advance chapters from both novels, although it would mostly just be the higher tiers at first. That's partly to make up for not having IMDC chapters after it ends for them, and also some time for me to build up the stockpile for EIF. However, I will start some slow releases of EIF first and will go full speed releases when IMDC ends, or when I build up a comfortable stockpile.

Join the Discord to chat about the novel or anything else and earn the server currency that can be exchanged for advanced chapters: https://discord.gg/frtSDWe

Check out my Youtube channel to watch me play games as well as the occasional live translation session: https://www.youtube.com/c/dragoninwhite

Do support the Patreon as that is our only source of income. Also, you get advanced chapters to read ahead of the public release: https://www.patreon.com/DragonInWhite

If you are looking to buy books online delivered to you, consider using Book Depository. I personally find their prices good, one of the cheapest I can find in my area. Of course, do make a price comparison with the other sites available to you first. If you do buy from Book Depository, consider using my affiliate link, it gives me a small commission at no extra cost to you: http://bit.ly/dragonbookdepositorynew.
View post